Top 3 “Need to Knows” Before Hiring a Video Production Company

It goes back to that old saying,

We offer three kinds of services. Fast, Cheap, Good But you can only have two.

The problem with most companies who want to put a video into their marketing campaign is they think of it at the last minute. They have a great marketing plan but two weeks before the launch they say “Oh, let’s put a video in the campaign and it should be really easy and cheap to do, right?” NO! If a corporation is spending a ton of money on a marketing campaign the video needs to match the quality of the campaign. It can’t look like a video that just came out of their cell phone! Well, in order to have a high quality video it takes time, planning, and a budget. Hence, when a company wants a last minute video Fast, Cheap, Good… it simply doesn’t work. Here is a scenario from one of my clients that just happened about 3 months ago.

Me: Hi Steve. Great to hear from you. What’s up?

Steve: We are rolling out a new product and would like a video so people can see it on a big screen at our sales conference.

Me: Great, when is the conference?

Me: (a very long pause, then…) Uh, Steve that’s not a whole lot of time for us to produce a project. What’s your vision for the video?

Steve: Well, we’d like you to film the new product, then make a 3-D model of it, and then show it in real life situations.

Me: (an even longer pause… while I’m beating my head on my desk) Ok. How many real-life situations did you want filmed?

Steve: One in a house. One in a park and one in an office setting. The actors can be guys from my office so that should be a piece of cake, right?

As soon as he said that I almost threw up. I proceeded to tell him what he already knew but just did not think through. 1. There are three different filming locations in this project. Which means setting up and tearing down THREE times. This adds tons of time to the production process. 2. Then we would have to get everybody’s schedule to match, which would be a miracle because most of the actors would have been corporate executives. And if you’ve ever had to deal with an executive’s schedule you know how outrageously challenging that can be. They are constantly busy, in meetings, or out traveling. 3. Next, there is the fact of shooting outside, which would require a bigger crew so they can deal with the constant light changes (the sun has a bad habit of moving). Ambient noise is a killer too so, you end up stopping down more times than you can count due to those pesky things called wind, traffic, and the 747 that seems to fly over every ten minutes. 4. And if you film in a park it requires a permit (that means mo-money). 5. On top of that I proceeded to tell him a litany of things we would have to factor in such as location scouting, script writing and not to mention post production. And then there was that little thing called the budget. They had not planed for video in the original marketing campaign so, what they had left to produce a video was very little. Needless to say their grandiose video idea DID NOT get produced. But we did manage to produce something for them in the little time that we had. Again, getting fast, cheap and good all in one shot never works. Especially when you are on a time crunch. I’ve been doing video production for almost 20 years and to this day probably 50 to 60% of my clients continue to make that very same mistake.

So, here are my top 3 things a company should have in mind when starting any kind of campaign or, just wanting to get a video produced.

Marketing campaigns or simply wanting to produce a video is nothing new so don’t treat it like it is. For example, one of my largest clients is Bayer Healthcare. They have been a client of mine for about 12 years and we have done countless videos for them, most being safety videos. And for each video we start the planning process at least 2 months before we ever breakout a camera. Talk about being organized. And on the shoot day everything usually goes off without a hitch simply because we have had time to plan.

Waiting until the last minute usually leads to a video that is rushed and lacking. You may have grand ideas but due to time there will be no way to film them. This in turn puts a lot of stress on the video production company and errors can occur very easily.

Yes, this is part of the planning process and designed for the production company but it is very much for the client as well. A storyboard is super important especially in corporate video. Why… it’s because when dealing with corporations they are usually on a time constraint due to work schedules. Most corporate videos are for internal use and typically you will not be using actors. The employees are the actors and even though they are helping with the video they still have a job to do. Storyboards help keep filming on schedule. You get the shot and then you move on. No wasting time getting tons of takes or adding scenes just because. I learned this the hard way.

I was producing a corporate shoot for a company and the CEO was making a cameo in one of the scenes but he was on a very tight timeline. My main contact (who obviously worked for the CEO) wanted to get a couple of different takes on the last scene we shot and reluctantly I said yes, knowing the CEO was going to be on site any minute. When the CEO came down from his office to do his part we were not ready… and he could not wait. NOT GOOD! He really wanted to be in the promo video but because we didn’t stick to the storyboard he couldn’t. My contact got some dirty looks that day. I even suggested that we could come back the next day and film the CEO’s part, but no go! He was traveling that night and wouldn’t be back for a week. Rule of thumb FOLLOW YOUR STORYBOARD. Are there exceptions? Sure. But you better know what everybody’s schedule is before trying things that are not planned for.

You’ve heard the phrase “Too many chiefs and not enough Indians.” Well, larger companies are famous for this. And when it comes to getting approvals for rough drafts and final videos… it can be like pulling teeth for a production company. This phase can kill a project because it can be the most time consuming.

Here is another scenario I went through in my early days of video production. We had just sent the client the first rough cut of the video and the air date was in two weeks so we were looking pretty good on time. My client tells me she’s received the video and will get feed back for me in a few days. I’m thinking, Great! What I didn’t know is that she was going to send it to about 10 people for review. Companies… DON’T DO THAT! I understand everybody wants a say in the creative process but it slows everything waaaaaaaaaaaay down when too many people are giving their two cents. It took over a week to get the feedback from all parties. And then when we finally got the notes, it looked like a large pile of spaghetti with everyone’s suggestions just cut and pasted into an email. There were tons of overlapping thoughts, contradictions in ideas, and one guy wanted to reshoot an entire scene. Needles to say I had to call my contact and say there was no way for us to decipher an email that looked like something from the Da Vinci Code. So, she had to go back and speak with everyone so they could come into so sort of agreement on the changes needed. That took another 4 days. Ticktock, ticktock, ticktock… time is flying by. We finally got the decrypted notes back but, we only had time for one round of changes. Typically there are about three rounds of changes before a video is dialed in. This takes time.

I told my client, after we finished the project, that 10 is just too many people to give a video to for feedback. You’ll never get 10 people to come into agreement in a short amount of time especially on creative ideas. It just doesn’t work that way. So, here is what I suggest to all my clients when it comes to the feedback process.

Below is a video we produced and the planning process took almost two months. We had indoor and outdoor interviews, aerial video, various reenactments and a host of other aspects. All this took time and planning. Have a look: 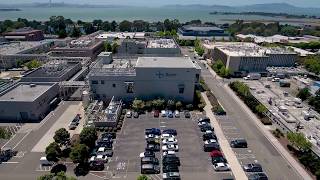 To all the wonderful companies out there who want video simply:

Following these three simple steps will elevate tons of stress, and help your company’s video project be a great success.

All the best on your next video production project.